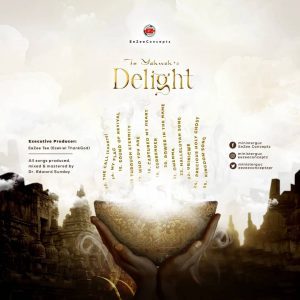 The new album is being released with a new single titled “Sound of Revival,” which is yet another track off the 13-track album. Off the album, we have seen releases such as “Obinigwe,” “Captured My Heart,” “Hallelujah Song,” and “Through Eternity.”

“To Yahwehs Delight” is birthed out of hunger and passion to ignite the consciousness of the Kingdom in the hearts of men. Beyond the songs and sermons, in everything we do on earth, it is expedient that we live our lives in a manner that truly pleases the father. Let our lives be daily consecrated and aligned to his will and purpose on earth.

Related Topics:
Up Next